Cusco, often spelled Cuzco (Spanish: Cuzco; Quechua: Qusqu or Qosqo), is a city in southeastern Peru, near the Urubamba Valley of the Andes mountain range. It is the capital of the Cusco Region as well as the Cuzco Province. In 2013, the city had a population of 435,114. Located on the eastern end of the Knot of Cuzco, its elevation is around 3,400 m (11,200 ft).

The site was the historic capital of the Inca Empire from the 13th into the 16th century until the Spanish conquest. In 1983 Cusco was declared a World Heritage Site by UNESCO. It has become a major tourist destination, receiving nearly 2 million visitors a year. The Constitution of Peru designates it as the Historical Capital of Peru. 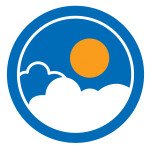 Cusco has a subtropical highland climate (Köppen Cwb). Its climate is generally dry and temperate, with two defined seasons. The dry season lasts from April to October, with abundant sunshine, and occasional nighttime freezes: July is the coolest month with an average of 9.6 °C (49.3 °F). The wet season lasts from November to March, with night frost less common: November averages 13.4 °C (56.1 °F). Although frost and hail are common, snow is virtually unheard of. The only snowfall ever recorded was in June 1911. 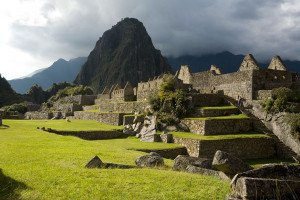 Although the original Inca city was said to have been founded in the 11th century, more recently scholars have established that Inca did not occupy the area until after 1200 AD. Before them the indigenous people of the Killke culture built the walled complex of Saksaywaman about 1100. In November 2008, archeological researchers found that the Killke also built a major temple near Saksaywaman, as well as an aqueduct (Pukyus) and roadway connecting prehistoric structures. Saksaywaman was expanded by the Inca.

The Spanish explorer Pizarro sacked much of the Inca city in 1535. Remains of the palace of the Incas, Qurikancha (the Temple of the Sun), and the Temple of the Virgins of the Sun still stand. In addition, Inca buildings and foundations in some cases have proved to be stronger than the foundations built in present-day Peru. Among the most noteworthy Spanish colonial buildings of the city is the Cathedral of Santo Domingo, Cusco.

The major nearby Inca sites are Pachacuti’s presumed winter home, Machu Picchu, which can be reached on foot by the Inca Trail to Machu Picchu or by train; and the “fortress” at Ullantaytampu.

Less-visited ruins include: Inka Wasi, the highest of all Inca sites at 3,980 m (13,060 ft); Willkapampa the capital of the Inca after the capture of Cusco; the sculpture garden at Ñusta Hisp’ana (aka Chuqip’allta, Yuraq Rumi); Tipón with working water channels in wide terraces; as well as Willkaraqay, Patallaqta, Chuqik’iraw, Moray, Vitcos, and many others.

The surrounding area, located in the Watanay Valley, is strong in gold mining and agriculture, including corn, barley, quinoa, tea, and coffee.

Cusco’s main stadium Estadio Garcilaso de la Vega was the site of South America’s continental soccer championship, the Copa América 2004 held in Peru. The stadium is home to one of the country’s most successful soccer clubs, Cienciano.

The city is served by Alejandro Velasco Astete International Airport.

Because of its antiquity and importance, the city center retains many buildings, plazas, streets and churches of pre-Columbian times and colonial buildings, which led to his being declared a World Heritage Site by UNESCO in 1983. Among the main sights of the city are: 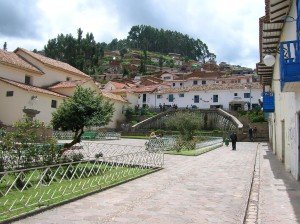 This neighborhood housing artisans, workshops and craft shops, is one of the most picturesque sites in the city. Its streets are steep and narrow with old houses built by the Spanish over important Inca foundations. It has an attractive square and the oldest parish church in Cusco, built in 1563, which has a carved wooden pulpit considered the epitome of Colonial era woodwork in Cusco.

The Quechua name of this neighborhood is Tuq’ukachi which means the opening of the salt.

This street is the most visited by tourists. On the street Hatun Rumiyoq (“the one with the big stone”) was the palace of Inca Roca, which was converted to the Archbishop’s residence.

Along this street that runs from the Plaza de Armas to the Barrio de San Blas, one can see the Stone of Twelve Angles, which is viewed as marvel of ancient stonework and has become emblematic of the city’s history.

Convent and Church of la Merced 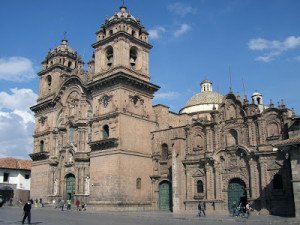 Its foundation dates from 1536. The first complex was destroyed by the earthquake of 1650 and the rebuilding of the church and convent was completed in 1675.

Its cloisters of Baroque Renaissance style, choir stalls, colonial paintings and wood carvings are highlights of a visit to this church, now a popular museum and tourist attraction.

The first cathedral built in Cusco is the Iglesia del Triunfo, built in 1539 on the foundations of the Palace of Viracocha Inca. Today, this church is an auxiliary chapel of the Cathedral.

The main basilica cathedral of the city was built between 1560 and 1664. Stone was used as the main material, which was extracted from nearby quarries, although some blocks of red granite were taken from the fortress of Saksaywaman.

This great cathedral presents late-Gothic, Baroque, and plateresque interiors and has one of the most outstanding examples of colonial goldwork. Its carved wooden altars are also important.

The city developed a distinctive style of painting known as the “Cuzco School”, and the cathedral houses a major collection of local artists of the time. The cathedral is known for a Cusco School painting of the Last Supper depicting Jesus and the twelve apostles feasting on guinea pig, a traditional Andean delicacy.

The cathedral is the seat of the Archdiocese of Cuzco.

Known as the “Square of the warrior” in the Inca era, this plaza has been the scene of several important events in the history of this city, such as the proclamation by Francisco Pizarro in the conquest of Cuzco.

Similarly, the Plaza de Armas was the scene of the death of Túpac Amaru II, considered the indigenous leader of the resistance.

The Spanish built stone arcades around the plaza which endure to this day. The main cathedral and the Church of La Compañía both open directly onto the plaza.

This church (Church of the Society of Jesus), whose construction was initiated by the Jesuits in 1576 on the foundations of the Amarucancha or the palace of the Inca ruler Wayna Qhapaq, is considered one of the best examples of colonial baroque style in the Americas.

Its façade is carved in stone and its main altar is made of carved wood covered with gold leaf. It was built over an underground chapel and has a valuable collection of colonial paintings of the Cusco School.

Qurikancha and Convent of Santo Domingo 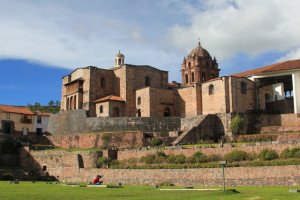 The Qurikancha (“golden place”) was the most important sanctuary dedicated to the Sun God (Inti) at the time of the Inca Empire.According to ancient chronicles written by Garcilaso de la Vega (chronicler), Qurikancha was said to have featured a large solid golden disc that was studded with precious stones and represented the Inca Sun God – Inti. Spanish chroniclers describe the Sacred Garden in front of the temple as a garden of golden plants with leaves of beaten gold, stems of silver, solid gold corn-cobs and 20 life-size llamas and their herders all in solid gold.

The temple was destroyed by its Spanish invaders who, as they plundered, were determined to rid the city of its wealth, idolaters and shrines. Nowadays, only a curved outer wall and partial ruins of the inner temple remain at the site.

With this structure as a foundation, colonists built the Convent of Santo Domingo (St. Dominic) in the Renaissance style. The building, with one baroque tower, exceeds the height of many other buildings in this city.

Inside is a large collection of paintings from the Cuzco School. 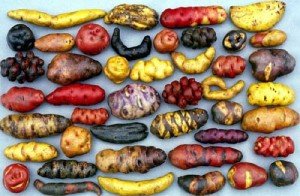 As capital to the Inca Empire, Cusco was an important agricultural region. It was a natural reserve for thousands of native Peruvian species, including around 3,000 varieties of potato cultivated by the people. Recently many fusion and neo-Andean restaurants have developed in Cusco, in which the cuisine is prepared with modern techniques and incorporates a blend of traditional Andean and international ingredients.