Most people have heard the name, but few are aware of just how many great sightseeing spots there are on and around Lake Titicaca. Titicaca is the largest lake in South America by volume, and is divided between Peru in the west and Bolivia in the East. Sources disagree about the origin of the lake’s distinctive name, with different people claiming it translates to either “Rock Puma” or “Crag of Lead.”

Popular tourist spots near Lake Titicaca include the city of Puno, a hillside town on the lake’s shore made up of mostly unfinished modern buildings. Puno is best known as the departure point for the Unos, a collection of 44 inhabited, artificial islands built out of totora reeds. Nearly 4,000 people live on these man-made islands, spread across ten different communities. The islands were originally built to be mobile military outposts from which the natives could defend themselves from attack. In recent years, they have become a popular tourist attraction, with local residents even opening up their doors to travellers and offering them home-cooked meals. 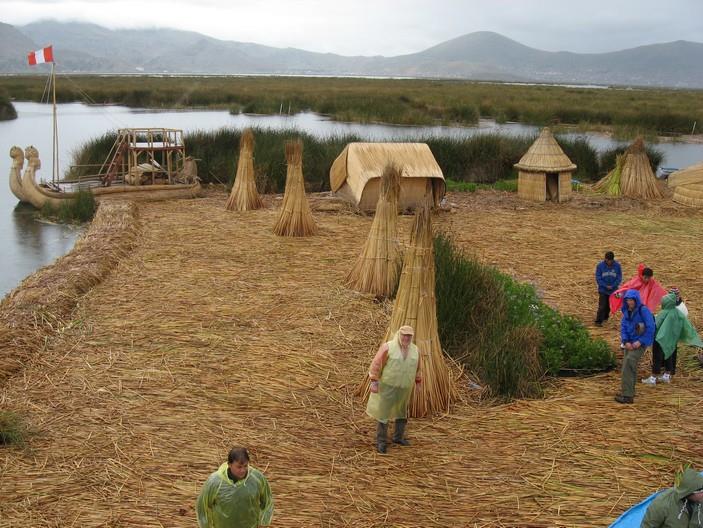 Trujillo is located in Northwestern Peru, and was founded in the mid-1500s by Spanish settlers. It is the second most populous city in the country, and the most populous Northern city in the country. Over the city’s long history, it has served as Peru’s capital two times, and is often called the “Capital of Culture of Peru.” It is the birthplace of Peru’s modern judicial system, home to multiple international festivals, and is recognized as the home of the Marinera, one of Peru’s most famous traditional dances.

In addition to its long history, Trujillo is an important spot in modern Peru’s development, as well. In 2011, the city launched the Trujillo: Sustainable City project, a plan to combat climate change, promote environmental sustainability, and improve overall quality of life. Trujillo has also partnered with IBM in an effort to become a modern “Smart City,” using technology to improve public safety and transportation.

Figure 2 – Panoramic view of the “Plaza de Armas” of Trujillo, on the left you can view the Cathedral from the city.

Many travellers only think of Lima as the launching point for Machu Picchu hiking tours or trips down the Inca Trail, but the city itself is filled with more than enough sites and culture to fill up an entire vacation. Lima is Peru’s capital and its largest city, and features a combination of multiple historic and modern architectural styles. Founded in 1551 by the conquistador Pizzaro, Lima’s Historic Centre has been declared a World Heritage Site, and is also host to one of the western hemisphere’s oldest operating universities, The National University of San Marcos.

Lima is home to many museums, galleries, sporting events, festivals, restaurants, and many other tourist destinations. For travellers looking to experience the full range of modern Peruvian life and culture in between trips to historical sites, Lima is a must-see destination.

More Than The Classics: 5 Best Things to Do in Peru off the Beaten Path
226928 Views