This article was posted on Monday, June 22nd, 2015 at 3:35 pm and is filed under Culinary Tourism, Other News.

Peru is one of the most biologically diverse countries in the world, and is home to many mammals, reptiles, plants, and other forms of wildlife. When visiting Peru, travellers have the chance to see a large selection of animals in the wild that they may not be able to see anywhere else in the world.

Want to learn more about? Here’s 3 surprising facts about animals in Peru that you may not know.

Peru may be famous for Macchu Picchu and the Andes mountains, but nearly 60% of the country is actually covered by rainforest. Peru contains the largest section of the Amazon rain forest of any country after Brazil, meaning that it is home to an incredibly diverse section of animals and plant life, including the largest selection of bird species in the known world. There are 1,879 known species of birds in Peru, 139 of which are found nowhere else in the world. While some of these birds were introduced to the area, the majority of them are native species, including the Andean cock-of-the-rock, Peru’s national bird. 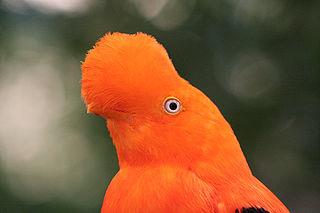 Figure 1 – By chdwckvnstrsslhm (Flickr) [CC BY 2.0 (http://creativecommons.org/licenses/by/2.0)], via Wikimedia Commons

Guinea Pig is a Peruvian Delicacy

In the US, guinea pigs are a house pet found in pet stores near the rabbits and other small furry domesticated animals. In Peru, however, the guinea pig is an important part of traditional folk culture, as well as a common source of protein. Guinea pig meat, known as cuy, was originally a ceremonial meal eaten by Andean natives, but since the 1960s it has been a dietary staple; Peruvians eat an estimated 65 million guinea pigs every year. In fact, guinea pig is such a popular food in Peru that the painting of the Last Supper in the main cathedral in Cusco features Jesus and his disciples dining on cuy. 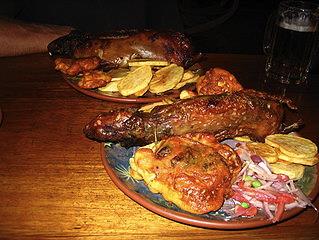 Llamas Have Lived In Peru For 3 Million Years

Llamas are possibly the Andes’ most famous animal, and have been used as pack animals since before the arrival of European settlers. But the llama’s history in the region goes back much further than that. The llama originated 40 million years ago on the central plains of North America, where they went extinct during the last ice age. But before their extinction in the Northern Hemisphere, many of the animals had migrated south, making a home for themselves in the Andes where they continue to thrive long after their northern relatives have disappeared. The llama’s presence in the area goes back several millennia before the first human civilization in the Americas; the oldest known human settlement in both North and South America, Caral-Supe in Peru, is only 5,000 years old. 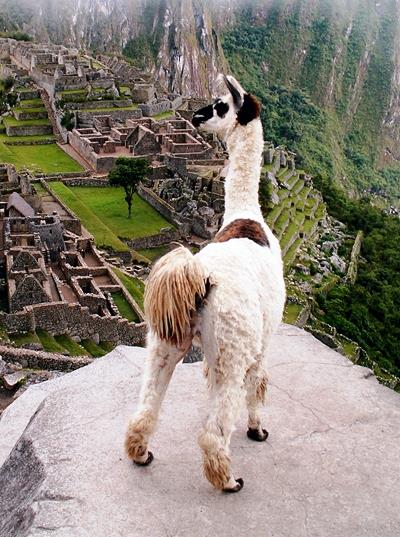 More Than The Classics: 5 Best Things to Do in Peru off the Beaten Path
208606 Views