This article was posted on Thursday, January 25th, 2018 at 9:00 pm and is filed under Festivals, Holidays.

Every January 6, in several countries of Latin America, Europe and other parts of the world, the Three Kings Day is celebrated, a feast in which the adoration of the child Jesus by the three kings is remembered. Magicians, as a sign of the recognition of the pagan world that Jesus Christ is the king and savior of humanity. 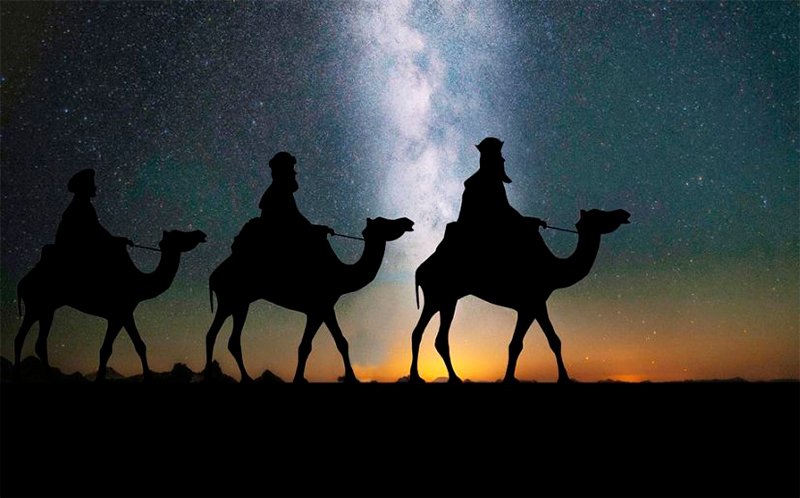 Many stories have been woven around the identity of the Magi. The most popular is the one presented according to the tradition of the Church where he points out that the three wise men were called Melchior, Gaspar and Baltasar. It is said that there were three foreign visitors who, after the birth of the baby Jesus, came from other countries to pay him honors and give him gifts of great symbolic wealth such as gold, myrrh and incense.

Kings are related as powerful, noble and wise men, possibly monarchs of nations from the east to the Mediterranean, and that by their culture and spirituality cultivated their knowledge of man and nature striving specially to maintain contact with God. For this reason, the three wise men are part of the traditional manger with the baby Jesus, the Virgin Mary and Saint Joseph. In Peru, the celebration that takes place is called Bajada de Reyes. 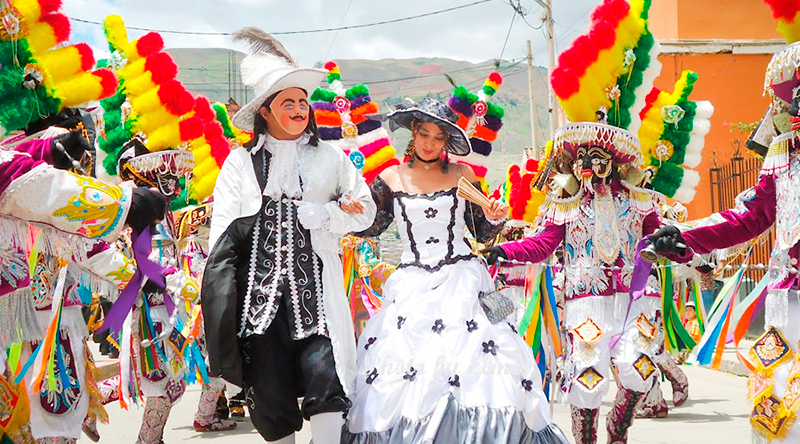 In addition, there is a very special celebration in the region of Huánuco where the descent of kings is celebrated with the dance of the negritos or also known as brotherhood of the negritos. This dance is linked to the festivities of Christmas and the Easter of kings.

This dance is evoked through the rhythmic rhythm, the splendor of past colonial times and work in agricultural fields. It also constitutes a genuine expression of joy for their freedom and emancipation.

The Huanuco carnival takes place between January 20 and February 20. In him a series of acts are developed, like the triumphal entrance to the city of Don Calixto, the king of the carnival. They also emphasize the game of ” the compadres ” and ” the comadres ”, in conjunction with the winged and the cut tree (pacae) in the different neighborhoods of the city, which look decorated according to their customs.

In the colonial era, the bosses gave freedom to the slaves from December 24 until January 6. These days, they were taken advantage of by the slaves to celebrate Christmas, wearing the births that they wore in the houses of the wealthiest families. From the Decree promulgated by Ramón Castilla on the freedom of the blacks, on December 13, 1854, the brotherhoods made their appearance in the streets, visiting not only the births but also the churches, where they danced and drank. The owners of the births in reward invited them huarapo, shacta, years later the locro. This was done in successive years and in this way the dance and dance of the Negritos was institutionalized.

Over the years, the colored men were extinguished, so they were replaced by the mestizos and then by the whites. As the dance was of blacks, they had to make masks.

More Than The Classics: 5 Best Things to Do in Peru off the Beaten Path
226993 Views