This article was posted on Saturday, January 27th, 2018 at 3:00 pm and is filed under Culinary Tourism.

Ceviche is the traditional dish par excellence in Peru. We Peruvians consider it our signature dish and we are especially proud of it because it is part of our national identity. In 2004, the National Institute of Culture declared the “Ceviche” as a Cultural Heritage of the Nation for its importance in Peruvian cuisine and for what it represents outside the borders of Peru. 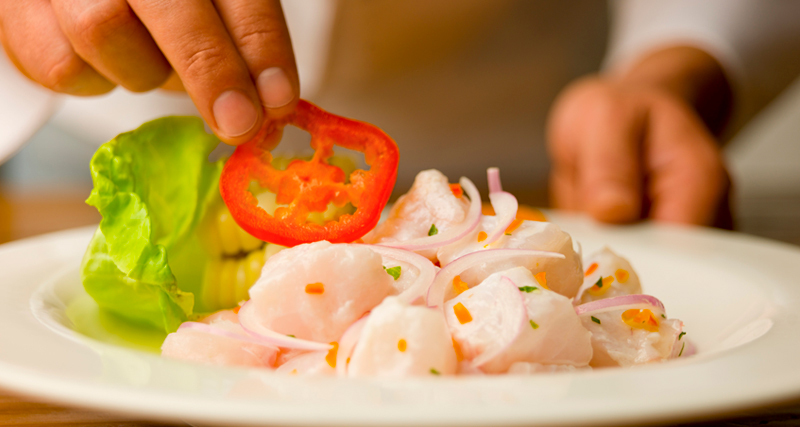 Origin of the flag dish

There are different theories about the origin of Peruvian Ceviche, but the one that acquires greater veracity is that which refers to a dish prepared in Ancient Peru, in one of the existing cultures of that pre-Columbian era, the Moche culture. This culture was developed to the north of the Peruvian coast, and it is said that the inhabitants of this culture prepared a dish based on fish marinated with tumbo juice (an acid fruit from the Andes mountain range in the high jungle). I added salt and chili.

The arrival of the Spaniards brought two new ingredients: onion and sour orange. Despite the changes in the original ingredients, the principles of dish preparation were essentially the same.

And that’s not all, his writing has varied a lot throughout his history obtaining the following versions with which they refer to our delicious flag dish:

The fish is the protagonist of this dish, thanks to the variety and richness of thousands of species of the Peruvian sea. Even so, we have the following specialties:

Fish Ceviche: It is the most common type of ceviche, prepared from slices of fish in square form that are then mixed with lemon and salt.

Mixed Ceviche: It is the one that contains the same ingredients as the common ceviche, to which different seafood or fish have been added.

Ceviche of black shells: It is a typical dish of the Tumbes coast, made from black shells and stained in the classic way with Chulucanas lemon, seasoned with red onion, garlic, chili and finally Peruvian “rocoto”.

Shrimp Ceviche: It is a typical dish of the region of Arequipa.

Octopus Ceviche: It is similar to ordinary fish ceviche, it differs from being prepared with tender octopus or boiled water to soften its meat.

Ceviche of toyo: Ceviche prepared with shark, typical of the north coast of Peru.

Chinguirito: Typical of the Peruvian north coast, it consists of frayed guitar meat, a kind of stripe native to the Sechura bay, marinated with lemon juice, red chili and red onion.

Amazonian Ceviche: It is typical of the Peruvian Amazon, it consists of being prepared with regional fish meat (from the Amazonian rivers), and with native ingredients. 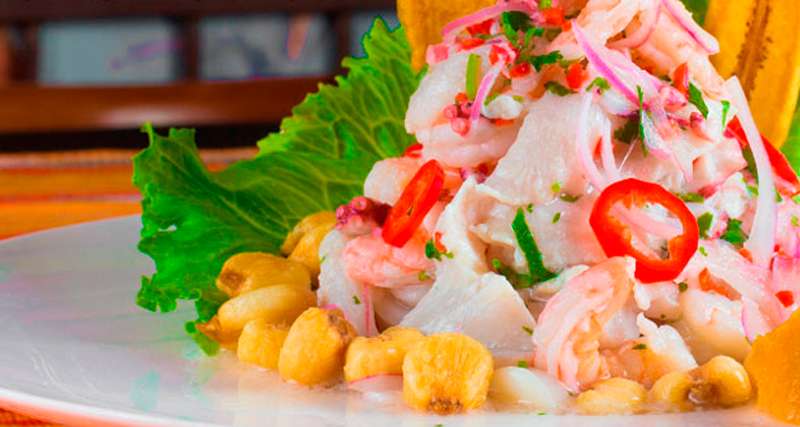 Every 28th of June the National Cebiche Day is celebrated. Although Peru is not the only country that tastes it, the Peruvian ceviche is distinguished thanks to its acid lemons and hot peppers. The most important thing is that Peruvian Ceviche is able to unite friends and family around a table to be enjoyed in an atmosphere of friendship and joy.