This article was posted on Friday, February 28th, 2014 at 6:10 pm and is filed under Amazon Tourism. 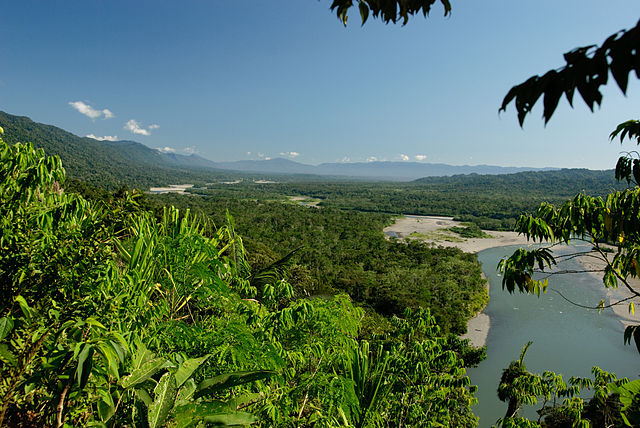 Peru has another reason to boast about its natural resources now — a survey conducted by UC Berkeley found that Manu National Park in southwestern Peru has the highest biodiversity currently in the world and on record. Several new critters and plants have been discovered in this lush area for a total of:

Manu National Park, also called Parque Nacional del Manu, is a biosphere reserve and has been so recognized by UNESCO since 1977. As the largest national park in the country, it was also named a World Heritage Site in 1987. Even before these designations were given, the area that’s now the park was protected by virtue of how difficult it is to get to.

How is this 7,000 sqft park so diverse? Much of it has to do with the wide range of elevations it covers, from about 500 ft above sea level to about 13,800 ft above sea level. Exploring the park’s interior is difficult because of the terrain and flora, including rainforests, grasslands, and high-altitude cloud forests, but it is possible.

Yasuni National Park in Ecuador was previously the most biodiverse area on record. Now it takes a backseat to Manu National Park. This is even considering that a fungus has taken its toll on local frog populations, along with mining, drilling, and some deforestation in the buffer zone around the park, according to Science Daily.

Want to visit Manu on your trips to Peru? It’s about a two-hour drive from Cusco and offers a beautiful look at Peru’s natural resources. Not all of the areas allow visitors, so be sure to go with a trusted guide if you plan to visit this area.

Gocta and Kuelap: The Tourist Jewels of Amazonas

More Than The Classics: 5 Best Things to Do in Peru off the Beaten Path
182447 Views