This article was posted on Wednesday, August 29th, 2018 at 5:13 pm and is filed under Festivals, Holidays. 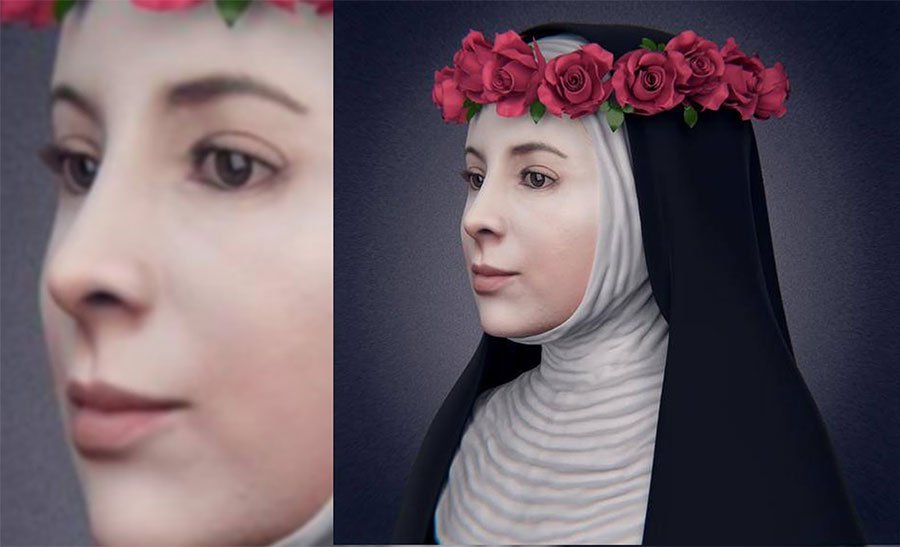 The original face of “Santa Rosa de Lima” designed in 3d by scientifics.

August 30 is the day of San Rosa de Lima, a day in which many faithful from all over Peru gather to pay tribute to this extraordinary woman who dedicated her life to follow God.

Isabel Flores de Oliva, was born on April 20, 1586, in the vicinity of the Hospital of Holy Spirit in the city of Lima. She had 12 brothers and was baptized in the parish of San Sebastián de Lima.

Isabel was born with a unique beauty, and her parents, family and friends called her a rose for this reason, this nickname was started by her mother because she had a vision in which Isabel’s face became a rose, after that in the At the moment of its confirmation, it was named Rosa respectively.

Santa Rosa would assume this name, when she understood that it belonged to “rose of the garden of Christ” and it was there that she adopted the name of Rosa de Santa María.

During her youth, and having already done many actions to help those most in need, San Rosa would cross his life with a mulatto who would also be a next saint destined to the altars: San Martin de Porres.

San Rosa de Lima had a very hard discipline in her upbringing with God, she was gathered in a small room of no more than 2 meters, that’s where she entered in prayer and developed very hard penances practicing a severe asceticism, with crowns of thorns under the veil, hair nailed to the wall so as not to fall asleep, gall with drink and rigorous fasts.

Tour to the sanctuary of Santa Rosa de Lima

She was very sick of an acute hemiplegia, surrendering her life to God on August 24, 1617, in the early hours of the morning at the age of 31.

Her body was taken and veiled in the convent of the Dominicans called “Our Lady of the Rosary”, her body was buried in the same convent in one of its rooms without any ceremony to avoid causing agglomeration since in the outskirts there was a great amount of followers to her about 9 blocks, faithful who loved the saint for her great kindness and help the needy during her short life.

His beatification began the Archbishop of Lima Bartolomé Lobo Guerrero almost immediately, promoted by various witnesses of the miracles of the saint in 1617 to 1618.

After 5 years of collecting testimonies, research and others that supported the miracles of the saint, Pope Clement IX beatified her in 1668 and a year later was declared patroness of Lima and Peru. Pope Clement X, returned to canonize in 1671, having declared a year before the main patron of America, the Philippines and the Eastern Islands.

That is why on August 30 is celebrated the day of Santa Rosa de Lima in most countries. 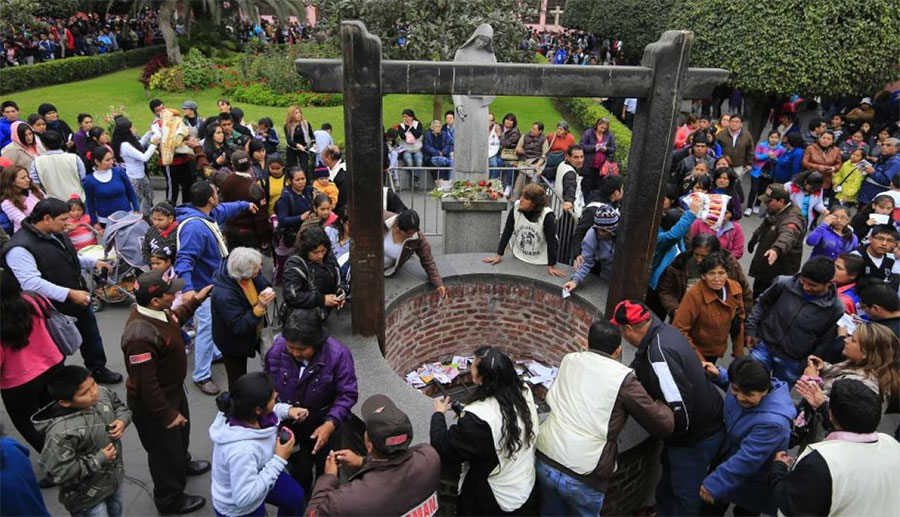 You can learn more about the life and work of this saint visiting the Sanctuary of Santa Rosa de Lima on Av. Tacna, located in the center of Lima, where you will be surrounded by:

We are sure that you will be fascinated, so do not forget to include this stop on your next visit to the capital of Lima.

More Than The Classics: 5 Best Things to Do in Peru off the Beaten Path
148762 Views