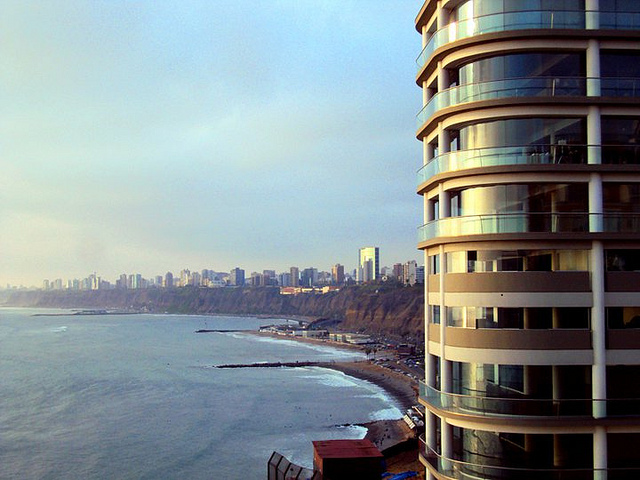 Mario Testino is best known for his captivating portraits of famous women, including actresses, supermodels and Diana, Princess of Wales. He moved to London in his 20s, but what many don’t know is he’s a Peruvian native who recently returned home. Through his arts foundation Asociación Mario Testino, he has opened an art gallery in the Barranco district of Lima.

Some of his famous portraits are on display, but his love for his homeland is also present. He loves the costumes and colors of Peru — several large, detailed photos showcase these costumes from local festivals and the expressive people who donned them. You’ll also see local art displayed in his gallery. He is adamant about supporting young Peruvian artists and exposing them to other cultures and ideas.

The National Chamber of Tourism estimates 3 million Brazilians will visit Peru over the next three years. Tourism has been on the rise in Peru over the last few years, thanks to growing appreciation for Peruvian cuisine, the interoceanic highway, and increased investment. Private investment is estimated to grow about 6 percent annually, according to the Peru Central Reserve Bank president.

Peru isn’t a hard sell to tourists, no matter what continent they live on. Machu Picchu tours that show you the magnificent traces of the Inca empire, colorfully engaging festivals like the Festival of the Sun, and the mysterious Nazca Lines that create mile-wide patterns in the earth — all are big draws to those looking for adventure, history or relaxation. The rainforest and Andes mountain range provide more outdoor adventure then you can pack into one trip, especially if you include a relaxing stay at Lake Titicaca. City life and the cuisine aren’t often overlooked, either.